Group rallies around supporting abuse victims' needs, including health and safety of their pets 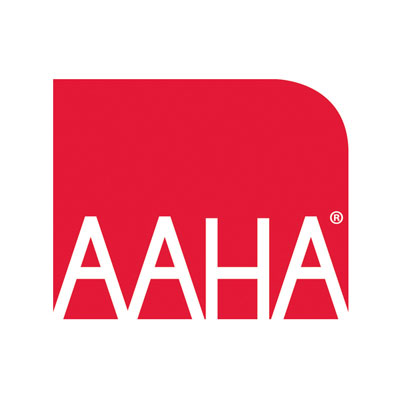 Washington, D.C. (July 23, 2018) — A group of nonprofit and for-profit organizations have joined forces to better protect domestic violence survivors by establishing, validating and promoting the criticality of protecting their pets, too. This coalition is urging passage of the Pet and Women Safety (PAWS) Act (H.R. 909, S.322), a bill that is adamant about removing a roadblock that is essential to the safety of these survivors with pets, enabling them to live healthy, safe lives, together. Organizations in the coalition include:

Two of these organizations, Noah’s Animal House and Urban Resource Institute are just a couple of the only 3% of domestic violence shelters across the country who are working to keep both pets and their owners away from the dangers of domestic abuse. Together these two incredible organizations have saved more than 1,500 pets from abusive conditions, so that no domestic violence survivor is forced to choose between staying in an abusive relationship and leaving their pet with their abuser.

The PAWS Act Coalition members have been working to promote awareness and encourage support for the legislation, with 247 bipartisan co-sponsors in the House of Representatives and 37 in the Senate. There is now new momentum with the bill’s language included in the recently-passed Senate Farm Bill.

“I was proud to work with my colleague Senator Gary Peters and several advocacy groups to introduce the PAWS Act, bipartisan, bicameral legislation that would ensure victims are not forced to choose between their personal safety and the safety of their pet,” said U.S. Senator Dean Heller (R-NV). “As the 5th most bipartisan senator in the U.S. Senate, I’ll continue working with my colleagues on both sides of the aisle to see that domestic violence survivors in Nevada and around the country have access to critical, life-saving services and programs that meet their needs and allow them to escape abuse and find safe haven.”

“For most pet owners, the bond with their pet is incredibly strong, and for people in abusive relationships, their pet can be an important source of comfort,” said Dr. Kurt Venator, DVM, PhD, Chief Veterinary Officer at Purina. “Purina is very proud to support efforts to keep families and their pets together during this time of healing.”

“Since 2007, Noah’s Animal House has cared for and protected over 1,400 pets of domestic violence survivors for 90,000 boarding nights,” said Staci Columbo-Alonso, Founder, Noah’s Animal House. “The need to provide safety and protection for the pets of these women and children is on the rise, and we are hopeful that in joining this important group of like-minded organizations, we can help more shelters across the country care for these families together.”

“Bayer recognizes the great need to support domestic violence shelters that care for both survivors and their beloved pets,” said Lauren Dorsch, Deputy Director, Communications, Bayer Animal Health. “Survivors of domestic violence should not have to choose between their safety and a loved one, and these shelters make it possible for them to heal in a safe place, without saying goodbye to their pets.”

“Pet Partners therapy animal team handlers and advocates all across the country are using their grassroots power to support the PAWS Act Coalition, so that pets and people can stick together in traumatic situations – when they need each other most,” said Annie Peters, CEO of Pet Partners.

[v] Matthews, Kevin, and Kelly McConkey. “Examining the nexus between domestic violence and animal abuse in a national sample of service providers.” Violence and victims 27.2 (2012): 280.

Science For a Better Life: the Bayer business unit Animal Health is a global leader in animal health, supporting the health of animals, as well as the farmers, veterinarians and pet owners that care for them through its offering of innovative therapies and solutions. Responsible relationships between humans, companion animals, as well as farm animals mean taking care of their health and well-being. Bayer has secured a leadership position in researching and developing products for animal health and pest control since 1919, and is constantly developing new, better products and improved forms of administration for the benefit of the animals in our lives.

Pet Partners is the national leader in demonstrating and promoting animal-assisted therapy, activities and education. Forty-one years since the organization’s inception, the science that proves these benefits has become indisputable. Today, Pet Partners is the nation’s largest and most prestigious nonprofit registering handlers of multiple species as volunteer teams providing animal-assisted interventions. Therapy animals, such as those who participate in the Pet Partners Therapy Animal Program, provide affection and comfort to members of the public, typically in facility settings such as hospitals, assisted living, and schools. These pets have a special aptitude for interacting with members of the public and enjoy doing so. Therapy animal handlers volunteer their time to visit with their animals in the community. For more information about Pet Partners, visit www.petpartners.org

Urban Resource Institute (URI) is a leading non-profit organization that provides comprehensive, holistic, and supportive social services that aid and empower New Yorkers in times of crisis. URI’s programs provide care for survivors of domestic violence, individuals with developmental disabilities, homeless families, and other at-risk populations, allowing them to live in safety and recover from trauma in both residential and non-residential settings. With deep community relationships and a flexible, innovative approach to program development and service delivery, URI is uniquely equipped to provide solutions to the challenges affecting New York City’s most vulnerable populations. URI is merging with the Center Against Domestic Violence, the first licensed provider of domestic violence shelter in New York. With nearly 80 years of combined experience, the organization will be the largest provider of domestic violence residential services in the country, with the ability to shelter over 1,000 individuals, including survivors and their families, on any given day.

Noah’s Animal House was the first stand-alone full service pet boarding facility in the country built on the grounds of and in partnership with The Shade Tree Shelter in 2007 to provide safety, shelter and support for the pets of the clients of the shelter. A second location serving up to 36 animals in Reno, Nevada opened February 2018 in partnership with the Domestic Violence Resource Center.  In a national survey, 71 percent of women seeking safety in a domestic violence shelter reported pet abuse in their home and more than 25 percent delayed leaving because they did not have an escape plan that could include their pets.  To learn more about Noah’s Animal House, visit www.noahsanimalhouse.org.

HABRI is a not-for-profit organization that maintains the world’s largest online library of human-animal bond research and information; funds innovative research projects to scientifically document the health benefits of companion animals; and informs the public about human-animal bond research and the beneficial role of companion animals in society. For more information, please visit www.habri.org.

Pet Night Brings the Power of Pets to Capitol Hill

The Human Animal Bond Research Institute (HABRI), the Pet Food Institute (PFI) and the Pet Advocacy Network co-hosted Pet Night on Capitol Hill for the first time since the pandemic began, celebrating the important role pets play in our lives. Pet Night brought together Members of Congress and leaders in the pet care community to share programs, policies, and key data about how the human-animal bond positively impacts our mental, physical and social health. “The pet care community is thrilled to be back in person to share the power of pets with Congress,” said Steven Feldman, President of HABRI. “Pet Night on Capitol Hill shares the message that pets have a measurable impact on our health and well-being, and that there are tangible measures policymakers can take to support pets and their owners.” Plenty of pets were in attendance, including Pet Partners therapy animal-handler teams; Trumpet the Westminster Best in Show Winner, provided by Purina; and Biscuit, the Washington Capitals service dog in training, provided by Mars Petcare. “It was exciting to once again meet face-to-face with lawmakers on Capitol Hill to advocate for positive pet policies, then finish the day with a celebration of all that pets bring to our lives,” said Pet Advocacy Network President and CEO Mike Bober. “We are committed today and every day to helping all Americans find and care for their ideal companions and experience the incredible benefits of pet ownership and animal-assisted interactions.” The Animal Health Institute (AHI) honored the winners of the Cutest Pets on Capitol Hill contest, now in its fourteenth year, recognizing the most adorable animals owned by Members of Congress and their staff. Cutest Dog: Louis Owner: Alyssa Gulick Office of Rep. Bill Johnson (OH-6)   Cutest Cat: Kit Owner: Jesse Ferguson Office of Rep. Mike Flood (NE-1)   Cutest Exotic: Charlie (horse) Owner: Gray Maxwell Office of Senator Ben Cardin (MD) “The human-animal bond keeps getting...

In recognition of Heart Health Month, the Human Animal Bond Research Institute (HABRI) has created a new shareable infographic, “The Top Benefits of Pet Ownership for Healthy Hearts”. The infographic highlights research supporting the positive role of pets in improving cardiovascular health.  “Scientific research shows a link between pet ownership and improved heart health, including a lower risk of heart diseases and heart-related health issues,” said HABRI President Steven Feldman. “HABRI’s goal is to raise awareness of the important role of human-animal bond for healthier hearts during Heart Health Month, a time to focus on cardiovascular health.”   This infographic is part of an ongoing series to share human-animal bond research. In June, HABRI shared “Can Pets Help You Live Longer?“. In November, HABRI issued “5 ways the Human-Animal Bond is Improving Lives During the Pandemic”.

The Human Animal Bond Research Institute (HABRI) lauded the passage of H.R. 1448, the Puppies Assisting Wounded Servicemembers (PAWS) for Veterans Therapy Act, which was signed into law by President Biden yesterday. The PAWS for Veterans Therapy Act directs the Secretary of Veterans Affairs (VA) to implement a five-year pilot program to provide canine training to eligible veterans diagnosed with post-traumatic stress disorder as an element of a complementary and integrative health program and authorizes the VA to provide service dogs to veterans with mental illnesses. “HABRI is proud to have funded key scientific research demonstrating the efficacy of service dogs as a complimentary therapy for veterans with PTSD,” said Steven Feldman, President of HABRI. The U.S. Department of Veterans Affairs (VA) has documented that PTSD affects more than 15 percent of post 9-11 war veteransi. With an alarming 17 suicides per dayii, addressing the mental health of veterans is an urgent crisis. With the support of the pet care community, HABRI funded the first pilot study investigating the efficacy of service dogs as a complementary, therapeutic intervention for veterans with PTSD. Results of this study, conducted by Dr. Maggie O’Haire and team at Purdue University, indicate that veterans with a service dog exhibited significantly lower overall PTSD symptom severity, including increased overall psychological well-being; a better ability to cope with flashbacks and anxiety attacks; a lower frequency of nightmares and less overall sleep disturbance; lower overall anxiety, depression, and anger; higher levels of companionship and social reintegration; and lower levels of social isolationiii. Participants of this first-of-its-kind study were recruited from a database of individuals provided by K9s for Warriors. “The results of our research consistently showed that on average, veterans with service dogs had lower PTSD symptom severity,” said Maggie O’Haire, PhD, Associate Professor...