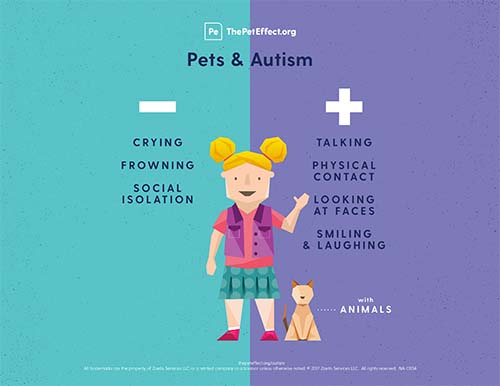 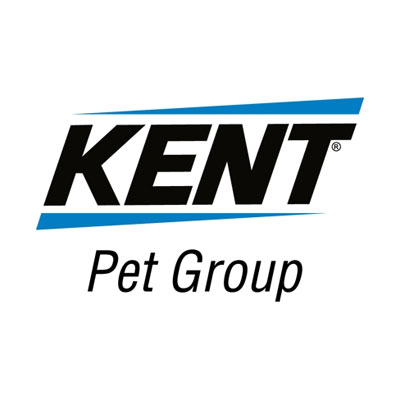 Research has demonstrated the role of pet ownership and human-animal interaction (HAI) for improvements in mental health, including reduced anxiety, depression, and alleviating symptoms for those with Post Traumatic Stress Disorder (PTSD). The below provides an overview of the research findings on HAI for Stress, Anxiety, Depression, PTSD and Trauma.

For more information on HAI for mental health in children or older adults, please see:

Research indicates that pet ownership and HAI can positively impact stress through the reduction of stress-related parameters such as epinephrine and norepinephrine, improvement of immune system functioning, pain management, increased trustworthiness of and trust toward others, reduced aggression, enhanced empathy and improved learning.

The Effects of Pet Ownership on Stress

To measure the impact of companion animals on stress levels, many studies incorporate a transient stressor, such as having study participants perform a challenging arithmetic problem.

The Effects of Animal-Assisted Therapy (AAT) on Stress

Animal-assisted therapy has also been shown to reduce stress for university students.

For more information about stress:

Anxiety disorders are among the most common mental health conditions, encompassing a broad range of negative emotions including distress, fear, or uneasiness. A growing body of evidence suggests that the human-animal bond can reduce many symptoms of anxiety.

The Effects of Animal-Assisted Therapy for Anxiety

Many studies investigating the impact of pet ownership and human-animal interaction on anxiety focus on patients in clinical settings such as hospitals, who are prone to high levels of anxiety.

For more information about anxiety:

Depression and depressive disorders are a category of mood disorders that involve extended periods of feeling extremely low that disrupt a person’s ability to enjoy life. Scientific research on the efficacy of the human-animal bond and human-animal interaction focus on the impact of animals on the ability to improve mood.

The Effects of Animal-Assisted Therapy for Depression

A growing body of literature suggests that AAT can be an effective, complementary treatment for reducing depression and improving mood.

The Effects of Pet Ownership for Depression

For more information about depression:

PTSD is an anxiety disorder characterized by symptoms related to intrusion, avoidance, negative alterations in cognition and mood, and alterations in arousal and reactivity. According to the U.S. Department of Veterans Affairs, PTSD affects more than 250,000 (30 percent) of post 9-11 war veterans, with an alarming 22 suicides per day.[14][15]

A systematic literature review funded by HABRI and conducted by Dr. Marguerite O’Haire from Purdue University provides a comprehensive overview of empirical research on AAI for trauma. The study evaluated the characteristics, evidence and reported outcomes of AAI for trauma.

The review concludes that results have been predominantly positive, showing short-term improvements in depression, PTSD symptoms and anxiety, highlighting:

More information about this study can be found here.

The Effects of Service Dogs on Veterans with PTSD

More information about this study can be found here.

Results from this research were also published in a related study, “The effect of a service dog on salivary cortisol awakening response in a military population with posttraumatic stress disorder (PTSD).”[16]

Saliva samples from military members with a service dog and those on a waitlist to receive a service dog were taken at various points in the morning after awakening. Results show:

For more information about PTSD:

According to a review of literature on animal-assisted therapy for trauma, animals provide emotional security, psychophysiological and affect regulation, neurological and other behavioral responses of humans to our social environment that facilitate the healing process.[18] 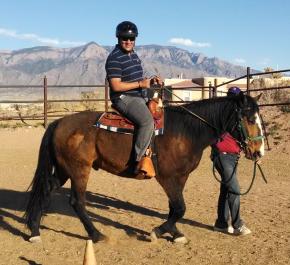 Service animals and therapy animals have been trained to support those with PTSD.Photo: Loving Thunder

The Effects of Animal-Assisted Therapy for Survivors of Trauma

Multiple studies have demonstrated the benefits of equine-facilitated psychotherapy for survivors of trauma.

The purpose of this study was to determine the influence equine-facilitated group psychotherapy (EFGP) has on the negative, trauma-related, thoughts feelings of physical sensations of women who have survived interpersonal violence (for example, sexual or non-sexual assault, or military sexual trauma).

These women completed 8 3-hr sessions in groups composed of other women and paired with an equal number of horses. Collectively horses and humans experienced a number of activities (treatment) designed to create opportunities to become more self-aware, and more connected with horses and with each other.

Overall, responses indicate that the participants felt reduced feelings of depression after time spent with the horses, became less likely to think negatively of themselves or lose a sense of mindful connection with their own bodies, and an empowered sense of self.

For more information about trauma: 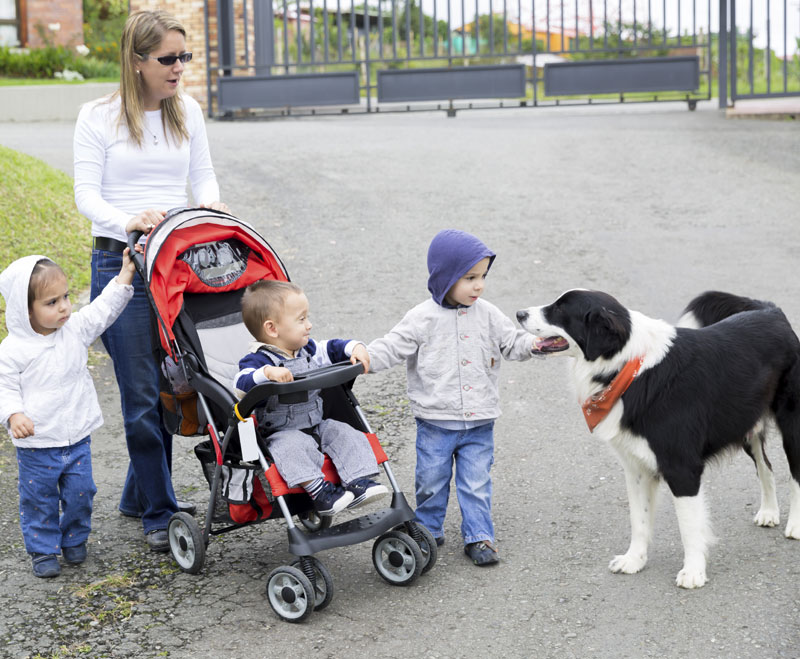