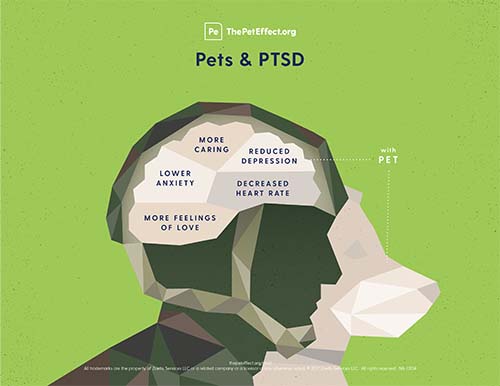 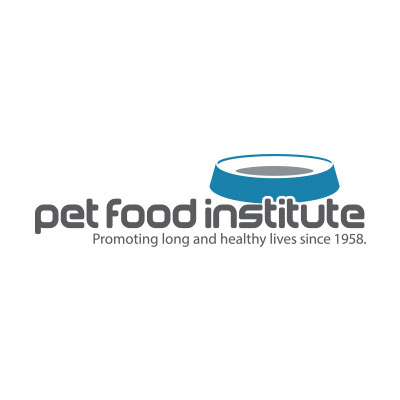 Washington, D.C. (April 28, 2021) — The Human Animal Bond Research Institute (HABRI) announced today the online publication of a study titled, “The Effect of a PTSD Service Dog on Military Veterans’ Medication Regimens: A Cross-Sectional Pilot Study”, in the journal Anthrozoos. Findings of the study, conducted by researchers at the Purdue University College of Veterinary Medicine and the Purdue University College of Pharmacy, found no significant differences between post-9/11 U.S. veterans living with post-traumatic stress disorder (PTSD) who were provided with a psychiatric service dog and veterans on a waitlist to receive a service dog in terms of number and type of medications reported. However, veterans with a service dog were more likely to report that their doctor had decreased dosage or removed medications, as compared to veterans on the waitlist to acquire a service dog.

“Our previous research has found that PTSD service dogs can improve specific areas of functioning and symptomology for military veterans. This new research builds on these findings by exploring how PTSD service dogs impact veterans’ medication use,” said study co-author Dr. Kerri Rodriguez, Postdoctoral Researcher at Colorado State University. “These results indicate that PTSD service dogs played a positive supporting role. Veterans kept up with their medication regimens, indicating that the presence of the service dog was not associated with any lapse in standard treatment. While having a PTSD service dog may not completely alleviate veterans’ needs for sleep, pain, or anxiety medications, there were reported decreases in dosage levels, shedding additional light on the potential value of these service dogs as a complimentary intervention.”

The objective of this study was to quantify the effect of PTSD service dogs on medication use among a population of military veterans with PTSD. Fifty-two veterans living with a PTSD service dog and 44 veterans on a waitlist to receive a service dog were recruited from a database of individuals from K9s for Warriors. Both populations of veterans received treatment as usual. Of participants who reported at least one medication (n=96), participants listed an average of 6.87 medications in their regimens, including both prescription and over-the-counter medications. No significant differences in medication types or numbers between those with a service dog and those on the waitlist were found. However, researchers found that veterans with a service dog were more likely than those on the waitlist to report that their doctor had decreased dosage or removed medications since getting their service dog. In contrast, veterans on the waitlist were more likely to report that they had experienced no changes or an increased dose in their medications.

“The fact that veterans with service dogs reported a decrease in medication dosages while maintaining their primary medication regime overall adds to our scientific knowledge base about the benefits of service dogs as a complementary therapeutic intervention for veterans living with PTSD,” says Steven Feldman, President of HABRI. “It is our belief that these results will not only provide important future directions for continued research, but will also provide doctors, policymakers and the public with further evidence for more widespread consideration of service dogs as a positive option for veterans with PTSD.”

Findings on PTSD symptomology were first published in The Journal of Consulting and Clinical Psychology, and reveal that veterans suffering from PTSD exhibited better mental health and well-being on several measures if they had a service dog, including lower overall symptoms of PTSD, lower levels of depression, higher levels of life satisfaction and higher overall psychological wellbeing.

Additional findings, published in the journal Psychoneuroendocrinology, focus on the objective indicators of mental health and wellness among veterans with PTSD. Specifically, the researchers measured physiological arousal (through the salivary cortisol awakening response) across groups as well as sleep quality and other indicators of stress, and found that the results complement the self-report assessments of psychosocial functioning reported in the first paper, and indicate better sleep quality, less anxiety, less anger and less alcohol abuse in veterans with a service dog.

“The combined results from this research, including these findings on medication usage, provide a foundation for continued investigation of the impacts of PTSD service dogs for veterans, including a more comprehensive look at their impact on pharmacotherapy,” added Dr. Rodriguez.

HABRI is a not-for-profit organization that maintains the world’s largest online library of human-animal bond research and information; funds innovative research projects to scientifically document the health benefits of companion animals; and informs the public about human-animal bond research and the beneficial role of companion animals in society. For more information, please visit https://www.habri.org/

Hosted by the Human Animal Bond Research Institute (HABRI), Pet Week on Capitol Hill will bring the power of pets to Capitol Hill, delivering the message to elected representatives that pets are important for human health and wellbeing, especially during these unprecedented times. In an effort to safeguard the health and safety of all, Pet Night on Capitol Hill, the popular, in-person annual reception has been converted to a series of virtual conversations to be held September 8-10, 2020.    “Pets have become even more important during the coronavirus pandemic,” said Steven Feldman, Executive Director of HABRI. “Pet Week on Capitol Hill will feature conversations with Members of Congress and pet care leaders about the importance of pet ownership in America.”  In addition to a wealth of information about pets and related policies and legislation that will strengthen the human-animal bond, Pet Week will still include the much-anticipated Cutest Pets on Capitol competition! Pet Week on Capitol Hill is a free event, with all programming streaming from www.PetNight.com.   The full schedule is listed below:  Tuesday, September 8, 2020  4:00 PM EDT  Pet Nation: The Importance of Pets in America  Mark Cushing Author, Pet Nation  Steven Feldman Executive Director, HABRI    Wednesday, September 9, 2020  12 PM EDT  Lifesaving Pet-Related Legislation: A Discussion Of Important Initiatives That Will Help Keep Pets And People Safe, Healthy And Happy Together  Dr. Kurt Venator, DVM, PhD, Chief Veterinary Officer, Nestlé Purina PetCare (and his puppy Emmie)  Nicole Forsyth, President & CEO, RedRover  Nicole Lanahan, Executive Director, Got Your Six Support Dogs  4:00 PM EDT  One Health Act: The Role of Veterinary Medicine in Preventing Future Pandemics  Representative Kurt Schrader (OR-5)    Thursday, September 10, 2020  12 PM EDT  Pet Ownership and Pet Industry Economics in the Post-COVID...

The Human Animal Bond Research Initiative (HABRI) Foundation, today released the results of a first-of-its-kind survey detailing the views of family physician on the benefits of pets to human health. “Doctors and their patients really understand the human health benefits of pets, and they are putting that understanding into practice” said HABRI Executive Director Steven Feldman. “The Human Animal Bond Research Initiative funds research on the evidence-based health benefits on humananimal interaction, and this survey demonstrates that we are on the right track.” HABRI partnered with Cohen Research Group to conduct an online panel survey of 1,000 family doctors and general practitioners. This is the largest survey of its kind to explore doctors’ knowledge, attitudes and behavior regarding the human health benefits of pets. The 28-question survey was conducted in late August 2014 and had a margin of error of plus or minus 3.1%. The physicians in the survey had a median of 18 years of practice experience. Among the survey’s key findings: Most doctors have successfully worked with animals in medicine. 69% have worked with them in a hospital, medical center, or medical practice to assist patient therapy or treatment. They report interactions with animals improve patients’ physical condition (88%), mental health condition (97%), mood or outlook (98%), and relationships with staff (76%). Doctors overwhelmingly believe there are health benefits to owning pets. 97% reported that they believe there were health benefits that resulted from owning a pet. The majority of doctors have recommended a pet to a patient. 60% of doctors interviewed have recommended getting a pet to a patient. 43% recommended the pet to improve overall health and 17% made the recommendation for a specific condition. Most doctors have seen their patients’ health improve as a result of pet ownership. 75% of physicians said they saw one or more of their patients overall health...

The Human Animal Bond Research Institute (HABRI) announced today that LifeLearn Animal Health has become an official supporter of HABRI and its research on the mutually beneficial health benefits of companion animals. “LifeLearn is proud to become a HABRI supporter,” said Randy Valpy, President and CEO of LifeLearn. “The bond between people and their pets has been shown to influence the care that pet owners provide for their pets. So, supporting HABRI aligns with LifeLearn’s core commitment to advance animal health and education worldwide.” “LifeLearn is a leader in delivering innovative, trusted, and expert-vetted education resources for both veterinary teams and pet owners, which is what makes them such a good fit for a HABRI partnership,” said Steven Feldman, HABRI Executive Director. “LifeLearn can spread the word to key audiences about the strong connection between human and animal health.” HABRI research shows that when pet owners are educated about scientific research on the health benefits of pets, 92% say they are more likely to maintain their pet’s health, including keeping up with vaccines and preventative medicine. Additionally, 88% of pet owners are more likely to provide their pet with quality nutrition and 66% are less likely to skip visits to the veterinarian’s office when educated on the science behind the health benefits of pet ownership. “By creating education platforms that make it easier for people to communicate within the animal health profession, LifeLearn is making an important contribution towards strengthening bonds and improving lives on both ends of the leash,” Feldman added. About LifeLearn Animal Health Celebrating 25 years of continuing innovation and excellence, LifeLearn Inc. provides education and communications products and services to the veterinary profession, animal health organizations, and pet service businesses. LifeLearn’s award-winning competencies in digital media, combined with longstanding veterinary...