New Research Confirms the Strong Bond Between People and Pets is a Global Phenomenon, 95% Worldwide Say Pets Are Family | HABRI

New Research Confirms the Strong Bond Between People and Pets is a Global Phenomenon, 95% Worldwide Say Pets Are Family 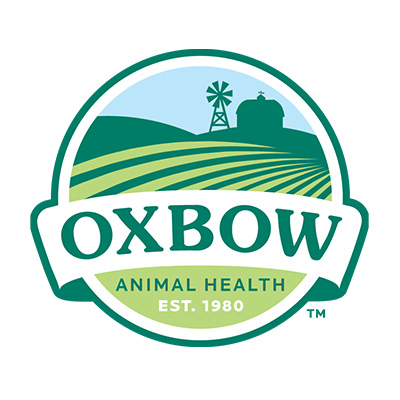 Orlando, F.L. (January 16, 2022) — The Human Animal Bond Research Institute (HABRI) and Zoetis announced today the results of a survey of 16,000 dog and cat owners and 1,200 veterinarians across eight countries and four continents. The research shows that the human-animal bond is strong, that pets positively impact their owners’ health, and that stronger bonds are connected to improved veterinary care around the world.

“When 95 percent of pet owners globally consider their pet a part of their family, and 98 percent reported that they have personally experienced health benefits from having a pet in their lives, we have documented more comprehensively than ever before that the human-animal bond is universal across countries and cultures,” said Dr. Mike McFarland, DVM, DABVP, Global Chief Medical Officer of Zoetis and Chair of the HABRI Board of Trustees.

Survey participants included dog and cat owners in eight countries: the United States, the United Kingdom, France, Germany, Spain, Brazil, Japan and China. Pet owner participants in the survey were the primary caregivers of their pets, and the samples were nationally representative by gender, age and region. In addition, 1,200 veterinarians across these same countries participated in this research.

Key findings show that the human-animal bond is universally valued and recognized among pet owners:

In addition, pet ownership is strongly linked to improved human health, with the vast majority of pet owners around the world having personally experienced health benefits from the human-animal bond. The findings show that:

To more precisely measure the human-animal bond among pet owners, a new scale called the Human-Animal Bond Score (HABSCORE) was developed that expands on previous scientifically-validated scales. The HABSCORE examines the human-animal bond across four distinct dimensions: attachment, humanization, commitment, and integration. The total average HABSCORE is high at 57.9/70.0, indicating the human-animal bond is strong globally. The survey found no strong cultural differences in terms of how the bond is experienced and expressed. The researchers divided respondents into three HABSCORE tiers – Low (Less than 55), Mid (55-62), High (63 or more) – to look at how the relative strength of the bond can impact human and animal health.

“The strength of the human-animal bond in pet owners strongly correlated with higher rates of veterinary treatment for both preventive care and specific conditions,” said Steve Feldman, President of HABRI. “This is the strongest evidence to date showing the impact of the bond for veterinary medicine.”

Key Findings on Veterinary Care Include:

There is a clear correlation between the strength of the bond and better veterinary care for pets.

Key results from veterinarians globally include:

“The pandemic has elevated the role of the human-animal bond in people’s lives, and our data shows this is being felt on a global scale, with incredible consequences that can benefit human and pet health worldwide,” Dr. McFarland added. “The direct correlation between the strength of the human-animal bond and better veterinary care means that veterinarians, by communicating and championing the human-animal bond, are critical to the effort and to improving health for both people and companion animals.”

“The findings are overwhelmingly clear that the human-animal bond has the potential to positively impact animal welfare and human health on a global scale,” added Feldman. “And HABRI clearly has a role to play in sharing the science of the human-animal bond with veterinarians and pet owners. We look forward to working with Zoetis and all of our partners to share this information with an international audience. Together, we can make a difference for people and pets worldwide.”

This study was commissioned in 2021 by the Human-Animal Bond Research Institute (HABRI) and Zoetis and conducted by CM Research Ltd., to gain a deeper understanding of how the human-animal bond is perceived and impacts behavior among pet owners and veterinarians worldwide. 16,140 pet owners and 1,207 small animal veterinarians from eight countries participated in the study, conducted in 2021. All significance tests were done at a confidence level of 95% (p ≤ 0.05).

As the world’s leading animal health company, Zoetis is driven by a singular purpose: to nurture our world and humankind by advancing care for animals. After nearly 70 years innovating ways to predict, prevent, detect, and treat animal illness, Zoetis continues to stand by those raising and caring for animals worldwide — from livestock farmers to veterinarians and pet owners. The company’s leading portfolio and pipeline of medicines, vaccines, diagnostics and technologies make a difference in over 100 countries. A Fortune 500 company, Zoetis generated revenue of $6.7 billion in 2020 with approximately 11,300 employees. For more information, visit www.zoetis.com.

In recognition of Pet Appreciation Week, the Human Animal Bond Research Institute (HABRI), in partnership with LifeLearn Animal Health, have created a new, shareable human-animal bond kit, highlighting the health benefits of a healthy relationship with a pet. The scientific research that supports the human-animal bond – or the mutually beneficial relationship between people and pets – for better health indicates that pets can make a difference in promoting physical activity, facilitating social connectedness, healthy aging and more. According to HABRI’s survey of pet ownersi, knowledge of the human-animal bond improves pet care and welfare. When educated on the scientific research on the health benefits of pets: 92% of pet owners are more likely to maintain their pet’s health, including keeping up with vaccines and preventative medicine 89% of pet owners are more likely to take their pet to the vet for regular check-ups HABRI and LifeLearn are proud to work together in creating shareable content for veterinarians and animal health professionals. The more we can remind people that in good times and bad, our companion animals are wonderful sources of support, comfort and joy, the healthier and happier we will be, together.

The Human Animal Bond Research Initiative (HABRI) Foundation announced today the results of a long-term study to explore the effects of pet dogs on families with children with autism spectrum disorder, just published in the Journal of Veterinary Behavior. The findings of the study showed significantly improved family functioning of families with a dog compared to those without. The study also found a reduction in parent-child dysfunctional interactions among families that had a dog. “While there‭ ‬is‭ ‬growing‭ ‬evidence ‬that ‬animal-assisted‭ ‬therapy‭ ‬can aid in ‬the‭ ‬treatment‭ ‬of‭ children with ‬autism‭ ‬spectrum‭ ‬disorders, this study is one of the first to examine how‭ ‬pet‭ ‬dog‭ ‬ownership‭ ‬can also ‬improve‭ ‬the‭ ‬lives‭ ‬of‭ ‬those‭ ‬more widely affected‭ ‬by‭ ‬autism,” said the principal investigator ‬on the study, Professor Daniel Mills, BVSc, PhD, from the University of Lincoln, UK. “We found a significant,‭ ‬positive‭ ‬relationship‭ ‬between‭ ‬parenting‭ ‬stress‭ ‬of‭ ‬the child‭’‬s‭ ‬main‭ ‬caregiver‭ ‬and‭ ‬their‭ ‬attachment‭ ‬to‭ ‬the‭ family dog. This highlights the importance of the bond between the carer and their dog in the benefits they gain.”‬‬‬‬‬‬‬‬‬‬‬‬‬‬‬‬‬‬‬‬‬‬‬‬‬‬‬‬‬‬‬‬‬‬‬‬‬‬‬‬‬‬‬‬‬‬‬‬‬‬‬‬‬‬‬‬‬‬‬‬‬‬‬‬‬‬‬‬‬‬‬‬‬‬‬‬‬‬‬‬‬‬‬‬‬‬‬‬‬‬‬‬‬‬‬‬‬‬ HABRI Executive Director Steven Feldman said: “Parents of children with autism can experience increased anxiety and stress, and now we have strong scientific evidence to show that pets can have positive effects on these quality-of-life issues. Families with an autistic child should consider pet ownership as a way to improve family harmony.” This...