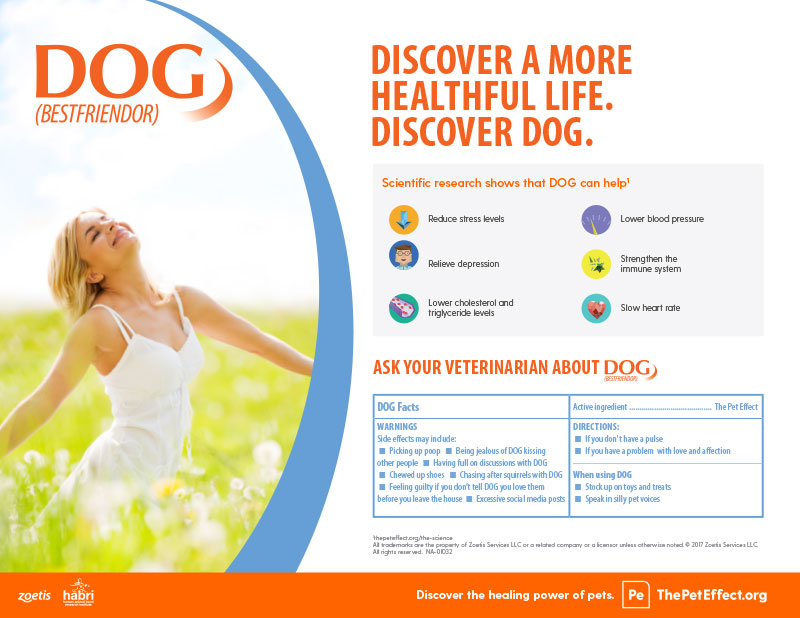 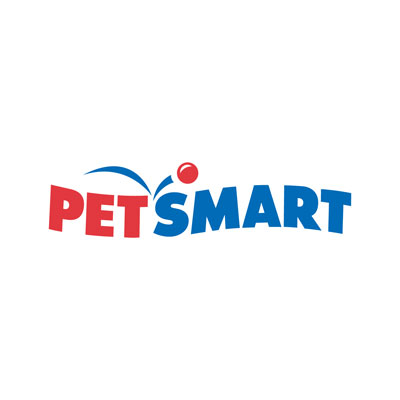 West Lafayette, IN (February 8, 2018) — A preliminary study led by researchers in the Purdue University College of Veterinary Medicine has shown that overall symptoms of post-traumatic stress disorder are lower among war veterans with service dogs. The pilot study was co-funded by the Human Animal Bond Research Institute (HABRI) and Bayer Animal Health.

The study was led by Maggie O’Haire, assistant professor of human-animal interaction, with the help of K9s For Warriors, an accredited non-profit organization that provides veterans with service dogs. The pilot research project provides scientific evidence of mental health benefits experienced by veterans with PTSD who have service dogs.

“We found that the group of veterans with service dogs had significantly lower levels of PTSD symptomology than those who did not have a service dog,” O’Haire says. “They also had lower levels of depression, lower anxiety and increased social participation, meaning a willingness to leave their house and go engage with society in different activities.” The study is published in the February issue of the Journal of Consulting and Clinical Psychology.

Measurements of various aspects of PTSD symptoms, quality of life, social functioning and work were analyzed and compared between the two groups. Results reveal that veterans suffering from PTSD exhibited better mental health and well-being on several measures if they had a service dog, including:

The only areas measured in which there was no significant difference between the two groups were physical functioning and employment status.

“This innovative study applied rigorous research methodology to an area that has historically been characterized by a reliance on anecdotal accounts and intuition rather than evidence-based science,” O’Haire says.
Kerri Rodriguez, human-animal interaction graduate student in the College of Veterinary Medicine, was co-author of the study.

“The results have important implications for understanding the specific areas of life that a PTSD service dog may help improve” says Rodriguez. “As the number of service dogs given to veterans with PTSD continues to increase, this is an important first step towards proof of concept that service dogs can actually provide measurable, clinical changes for veterans.” O’Haire and Rodriguez also say that service dogs did not replace evidence-based treatment for PTSD, nor did they cure it. While the veterans still had PTSD, they had significantly lower levels of symptoms.

“Pairing service dogs with our nation’s veterans should be recognized as a significant complementary method of treatment,” says HABRI Executive Director Steven Feldman. “The U.S. Department of Veterans Affairs has cited a lack of scientific research supporting service dogs for veterans with PTSD. This study is a significant step in providing scientific documentation, and I hope the promising results from this study will prompt a renewed focus on the benefits that service dogs provide.”

The research team will now move on to a National Institutes of Health-funded research project in which veterans with and without service dogs will be studied for an extended period of time. O’Haire says the valuable data from the pilot study helped secure the NIH R21 grant to conduct the large-scale, clinical trial to further investigate the efficacy and role of service dogs for military veterans with PTSD and their spouses.

Psychiatric service dogs are an emerging complementary treatment for military members and veterans with posttraumatic stress disorder (PTSD). Yet despite anecdotal accounts of their value, there is a lack of empirical research on their efficacy. The current proof-of-concept study assessed the effects of this practice.

A non-randomized efficacy trial was conducted with 141 post-9/11 military members and veterans with PTSD to compare usual care alone (n = 66) versus usual care plus a trained service dog (n = 75). The primary outcome was longitudinal change on the PTSD Checklist, including data points from a cross-sectional assessment and a longitudinal record review. Secondary outcomes included cross-sectional differences in depression, quality of life, and social and work functioning.

Mixed model analyses revealed clinically significant reductions in PTSD symptoms from baseline following the receipt of a service dog, but not while receiving usual care alone. Though clinically meaningful, average reductions were not below the diagnostic cutoff on the PTSD Checklist. Regression analyses revealed significant differences with medium to large effect sizes among those with service dogs compared to those on the waitlist, including lower depression, higher quality of life, and higher social functioning. There were no differences in employment status but there was lower absenteeism due to health among those who were employed.

The addition of trained service dogs to usual care may confer clinically meaningful improvements in PTSD symptomology for military members and veterans with PTSD, though does not appear to be associated with a loss of diagnosis.

For the as many as 1 in 5 adults globally who are affected by cat allergen sensitivities, the daily effort to manage cat allergens and coexist with the cats they love can be a struggle. From excessive cleaning around the house to spending less time with the cat, there are no easy choices. Despite these daily struggles, cat owners are willing to do whatever it takes to keep their cats, going as far as ignoring doctor’s orders. If told by their doctor to give up their cat to help manage cat allergens, 84 percent of cat owners would dismiss the advice. Twenty percent even said they would keep the cat and get a new doctor, showing the need for better management methods. These statistics are from a new survey[1] of 2,000 U.S. cat owners from Purina Pro Plan, a leader in pet nutrition, in partnership with the Human Animal Bond Research Institute (HABRI), which sought to understand the impact of cat allergens on cat-owning households. The survey confirmed that the bond that owners share with their cats is strong – a universal truth for all cat owners regardless of cat allergen sensitivities. Ninety percent of cat owners feel their cats are members of the family, and three in four owners say their relationship with their cat is important to and a core part of their health and well-being. But it’s not always easy for those with cat allergen sensitivities; 37 percent say they’ve had to change their lifestyle to accommodate their cat, significantly higher than those without sensitivities (22 percent). In an effort to help, Purina Pro Plan has introduced Pro Plan LiveClear, the first and only cat food that reduces the allergens in cat hair and dander. Backed by more than a decade of research, Pro Plan LiveClear is shown to safely and effectively reduce allergens in cat hair and dander in as little as three weeks of daily feeding. The key ingredient is a specific protein sourced from eggs. When cats eat LiveClear, the protein binds to the major cat allergen, Fel d 1, and...

The Human Animal Bond Research Initiative (HABRI) announced today it has awarded a $79,000 grant to the University of Tennessee College of Veterinary Medicine for a new study, The Effect of Animal-Assisted Intervention on Preoperative Anxiety and Dose of Sedation in Children. This study will examine the effect of animal-assisted intervention (AAI) on children’s anxiety levels and sedation medication dosages prior to surgery. “The goal of this study is to determine if interaction with a therapy dog 20 minutes prior to surgery has a significant effect on reducing a child’s anxiety levels and, in turn, lowering the dose of medication necessary for sedation,” said the study’s principal investigator, Zenithson Y. Ng, DVM, MS, College of Veterinary Medicine at University of Tennessee. “The results of this study may be further used to justify and advocate for AAI in various medical situations and open doors for additional research on measurable medical outcomes associated with AAI.” The three-year, cross-over-designed study on behalf of the veterinary college’s Department of Small Animal Clinical Sciences and Biomedical and Diagnostics Sciences will examine 72 children between the ages of 2 and 17 and randomly determine whether the child receives a therapy dog or an iPad tablet 20 minutes before sedation. Dr. Ng and co-investigators Julia Albright, DVM, MA and Marcy Souza, DVM, MPH, will then evaluate heart rate, blood pressure and medicine levels for sedation and compare the amounts of each group. It is expected that children provided with a therapy dog prior to surgery will have significantly lower preoperative anxiety and will require a decreased amount of medication for sedation compared to children who do not interact with a therapy dog. “Scientific research has shown that therapy dogs in hospital settings can have a calming effect, ease stress and provide reassurance to patients young and old, and to their families as well,” said HABRI Executive Director...

The Human Animal Bond Research Institute (HABRI) announced today that the Pet Food Institute (PFI) has made a $25,000 contribution to support research on the benefits of the human-animal bond for people and pets. “PFI is proud to support HABRI, whose important research on the health benefits of pet ownership advances our collective awareness about the significant role pets play in our lives,” said Cathleen Enright, PhD, President & CEO, Pet Food Institute. “As the voice for U.S. pet food and treat makers, PFI and our members understand and celebrate the special bond between humans and pets.” “For the nearly 150 million dogs and cats in the U.S., health and wellbeing starts with sound nutrition and safe food,” said Steven Feldman, Executive Director of HABRI. “Research shows that healthy pets make healthy pet-owners, and HABRI is proud to have the support of PFI, an organization committed to supporting long and healthy lives for pets.” HABRI has assembled a growing body of scientific evidence showing that pets improve heart health; alleviate depression; increase well-being; support child health and development; and contribute to healthy aging. In addition, companion animals can assist in the treatment of a broad range of conditions from post-traumatic stress to Alzheimer’s disease to autism spectrum disorder. The benefits of the human-animal bond can be found at both ends of the leash. Findings from a recently-published HABRI survey of 2,000 pet owners demonstrate that the more they know about the scientific research on the human-animal bond the more likely they are to take better care of their pets, including providing pets with higher-quality nutrition and keeping up with visits to the veterinarian. “Spreading awareness of the health benefits of pet ownership improves pet health and welfare,” Feldman added. “PFI and its member companies are great partners to share this message.” PFI, whose members make up 98 percent of all U.S. pet food...