DC Stands for Dogs and Cats! 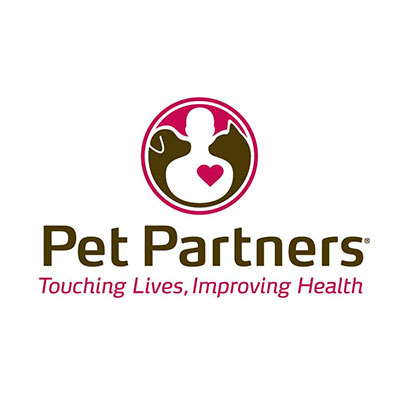 Washington, D.C. (October 2, 2017) — Members of Congress have been bringing pets to work since the nation’s founding. A new survey confirms that Capitol Hill remains a very pet-friendly workplace today, with a solid majority of House and Senate offices who responded to the survey saying they welcome pets at work on the Hill.

The survey included in-person interviews in House and Senate offices during August, 2017, and was sponsored by Nestlé Purina PetCare and conducted on behalf of the Human Animal Bond Research Institute (HABRI), to call attention to the benefits of pet-friendly workplaces. The Hill survey findings paint a picture of a very pet-friendly workplace:

“The bond we share with pets is something we can all agree on,” said Dr. Kurt Venator, DVM, PhD, and Chief Veterinary Officer at Purina. “We’ve been bringing our own dogs and cats with us to work for decades, because we believe life is better with pets. We know that pets help us de-stress, lower blood pressure, get our exercise, and even forge stronger social connections.”

Steven Feldman, Executive Director of HABRI, agrees: “Scientific research shows that pets in the workplace can boost productivity, collaboration and employee satisfaction,” said Feldman. “We hope that more companies and workplaces will follow the lead of Congress to begin to think about pets as a way to boost employee health and wellness.”

Pets have had a presence in Congress from the beginning. In a recent interview, the Assistant Senate Historian, Dan Holt, said senators used to bring their hunting dogs into the Old Senate Chamber — to sit right by their feet during floor debates. Circa 1800, congressional rules were enacted to prohibit pets on the Chamber floors. Congressional rules, however, permit pets nearly everywhere else on Capitol Hill, and staffers are almost universally aware that pets are permitted throughout congressional buildings, with few limitations.

The rich tradition of pets on Capitol Hill continues through today. According to Congressional historians and media reports:

On October 4, 2017, HABRI and the Pet Leadership Council will bring the pet care community together to celebrate Pet Night on Capitol Hill. The event will include therapy animals and treat stations (for pets and humans). For more information, please visit www.petnight.com.

“Purina actively supports pets at work, pets in hospitals and pets in domestic violence shelters,” added Dr. Venator. “We also support legislation that helps keep pets and people together, including the Pet and Women Safety (PAWS) Act (H.R. 909, S. 322), and hope that this survey and Pet Night on Capitol Hill will help remind policymakers and the public about the importance of pets in our lives.”

HABRI is a not-for-profit organization that maintains the world’s largest online library of human-animal bond research and information; funds innovative research projects to scientifically document the health benefits of companion animals; and informs the public about human-animal bond research and the beneficial role of companion animals in society. For more information, please visit www.habri.org.

The Human Animal Bond Research Institute (HABRI) announced today a new research project to determine the effects of an equine-assisted therapy (EAT) program on the lives of older adults diagnosed with Parkinson’s disease (PD). The study, How does 8 weeks of equine-assisted therapy affect older adults diagnosed with Parkinson’s disease?, led by researchers from the Texas Woman’s University School of Health Promotion and Kinesiology, will compare bradykinesia severity and functional outcomes before and after 8 weeks of EAT in adults with PD, and characterize the resulting human-animal interaction “While research studies examining the physiological benefits of horseback riding have been conducted before, there is a lack of published research regarding the physical adaptations of EAT in adults with PD,” said the study’s Principal Investigator, B. Rhett Rigby, PhD, Texas Woman’s University. “We hope that the results of this study will further the efficacy of EAT as a novel treatment modality for this population, and lead to a more widespread acceptance by healthcare practitioners.” Thirty men diagnosed with PD, aged 40 to 80 years, will be recruited and randomly assigned into two groups. Fifteen participants will complete eight weeks of EAT, and fifteen participants will complete a similar protocol on a horseback riding simulator. The EAT intervention will contain 17 total sessions across a period of eight weeks, and a licensed physical therapist will oversee and conduct all EAT sessions. A similar protocol will be in place for the simulated riding session. Preliminary data in the form of two pilot studies suggest that an improvement in postural sway and balance is present after both EAT and simulated riding in older adults with balance deficits. The study will seek to determine if these adaptions will lead to improvements with other hallmark features of PD pathophysiology, including bradykinesia, posture, balance, and gait. Researchers expect that individuals...

In celebration of National Cat Day, the Human Animal Bond Research Institute (HABRI) has created a shareable infographic on the health benefits of cat ownership. The infographic, “Top 5 Benefits of Cat Ownership”, highlights the research supporting the health benefits of cats for people of all ages. Approximately 43 million American households include a pet cat, with many households owning more than one[i], making them the second most popular pet by household, behind dogs. Scientific research demonstrates that cat ownership can confer benefits to both mental and physical health in their owners. Specifically, cat ownership can reduce risk of cardiovascular disease and improve heart health, alleviate social isolation and loneliness, and reduce stress. In children, living with cats can strengthen immunity in the first year of life, and a pet cat can help those with autism and their families. HABRI hopes that in sharing this infographic far and wide, we can raise awareness of the benefits of cat ownership and to strengthen human-cat bonds everywhere. This infographic is part of an ongoing series to help share human-animal bond research and the message that pets enrich our lives, in good times and in bad. Earlier this year, HABRI released the “Can Pets Help You Live Longer?“, the “Top 5 Mental Health Benefits of Pets” and the “Top Benefits of the Human-Animal Bond” infographics. i. American Pet Products Association’s 2019-2020 National Pet Owners Survey